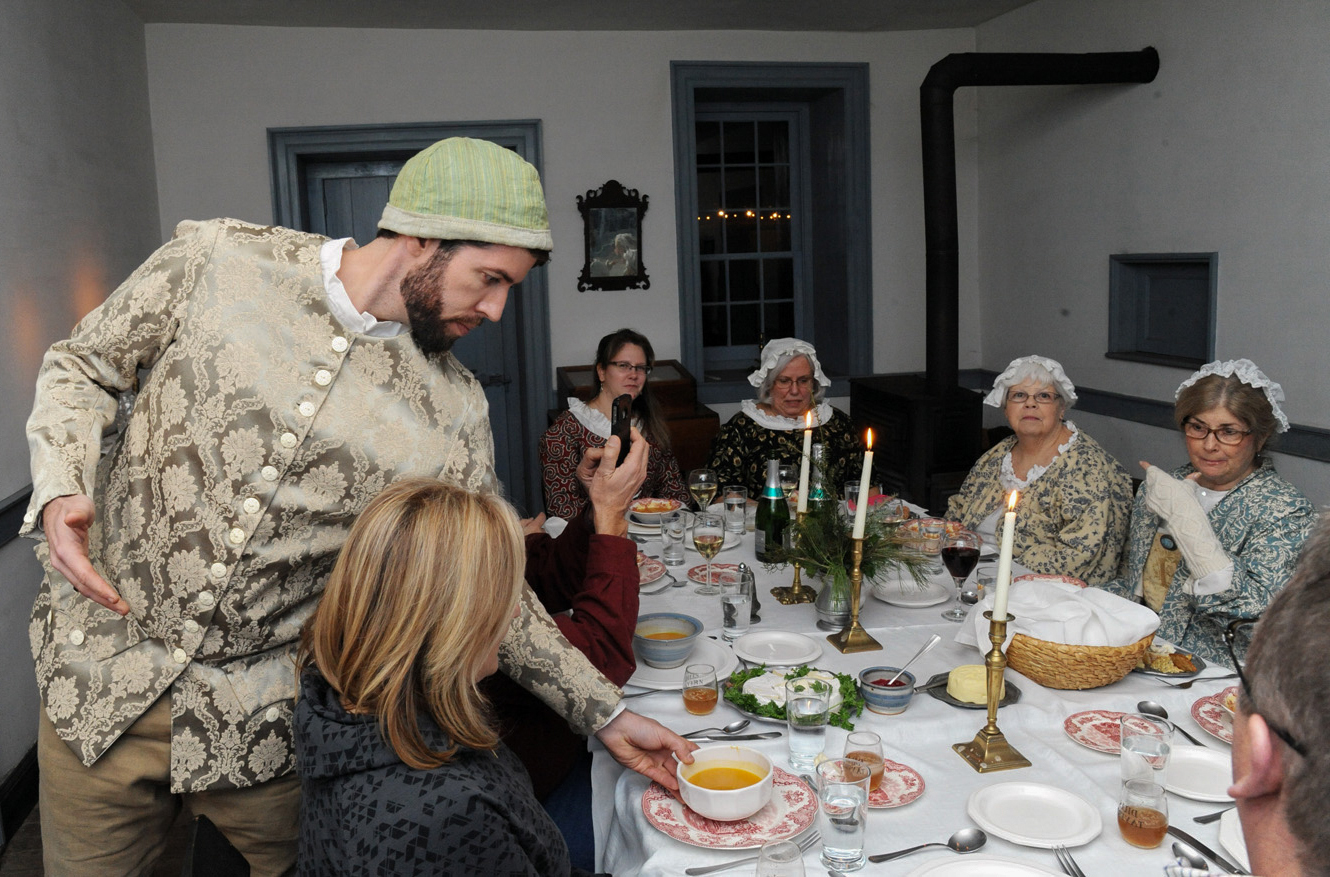 Dine in medieval style at the Dill’s Tavern Twelfth Night Dinner Saturday, January 21st, 2017, at 6:30 p.m. In medieval and Tudor England, the Twelfth Night marked the end of a winter festival that started on All Hallows Eve — now more commonly known as Halloween. On this day, the King and all those who ruled would become the peasants and vice versa. The Lord of Misrule took over, turning the world upside down.

Only 10 seats remain for this year’s feast!  E-mail director@northernyorkhistorical.org to purchase your seat.

At the beginning of the Twelfth Night festival, a cake with a bean baked inside was eaten. The person who found the bean would rule the feast. Midnight signaled the end of his rule, at which time the world returned to normal.

The punch wassail is consumed on Twelfth Night and throughout the Christmas season, especially in the UK.

Around the world, special pastries such as the tortell and king cake are baked on Twelfth Night, eaten the following day for the Feast of the Epiphany celebrations.

In English and French custom, the Twelfth Night cake was baked with both a bean and a pea inside. Those who received the slices containing the hidden gems were designated king and queen of the night’s festivities.

In Ireland, it is still tradition to place statues of the Three Kings in the crib on Twelfth Night or the following night, known as Little Christmas.

In colonial America, a Christmas wreath hung on the front door of each home, and when taken down at the end of the Twelve Days of Christmas, edible portions would be consumed alongside the other feast fare. Fresh fruits were hard to come by, and were therefore considered fine and proper gifts, as well as decorations for the tree, wreaths, and home.

The tree would be taken down on Twelfth Night, and fruits, along with nuts and other local produce used, would be enjoyed.