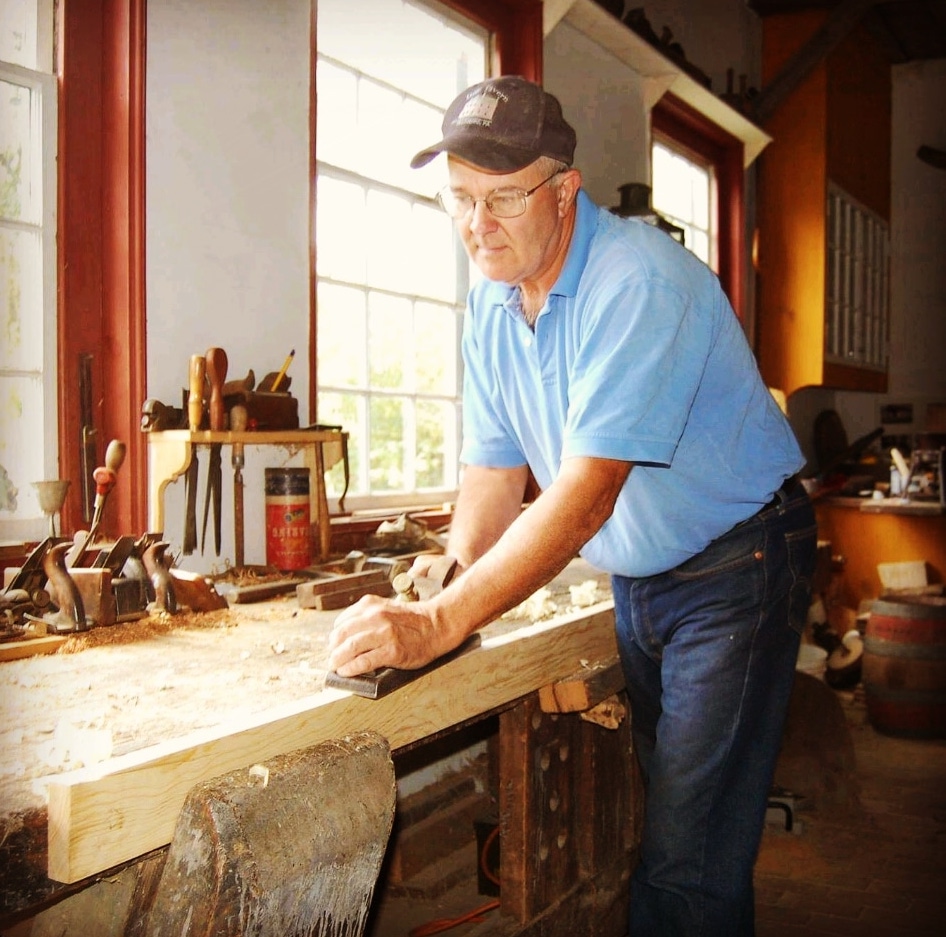 Sam McKinney has a BA in English Literature and has spent over 40 years studying and restoring 18th and early 19th century buildings in central PA. When he graduated from college in 1975, he found himself working as a laborer for a mason in the Lehigh valley area. Occasionally, he and his employer worked on early stone houses. Sam was inspired by the craftmanship, beauty, and history that these structures embodied. There is something profoundly satisfying about saving an old building and bringing it back to its original glory. The 1980’s were a time of starting his own restoration business and going to many preservation classes at Eastfield Village in NY. At Eastfield, he was fortunate to meet restorers, tradesmen, scholars, architects, historians, and other preservation experts from all over the country. The education he obtained at Eastfield inspired him to take on extremely challenging projects. He became known as someone who could save buildings from the bulldozer. McKinney was retained by the Northern York County Historical and Preservation Society to restore Dills Tavern in 2005. This began a 15 year relationship, that saw the tavern restored, the 1798 log barn moved to the site and the Wheelwright Shop constructed. Other support buildings were put up as well. Sam taught preservation classes in timber framing, stone masonry, bake oven building, and more at Dills. He also taught classes in stone masonry at Eastfield Village. He is presently Director of Buildings and Grounds at NYCHAPS. He will be overseeing the construction of a world class, 18th century, reproduction distillery on the Dills Tavern property, in the near future.