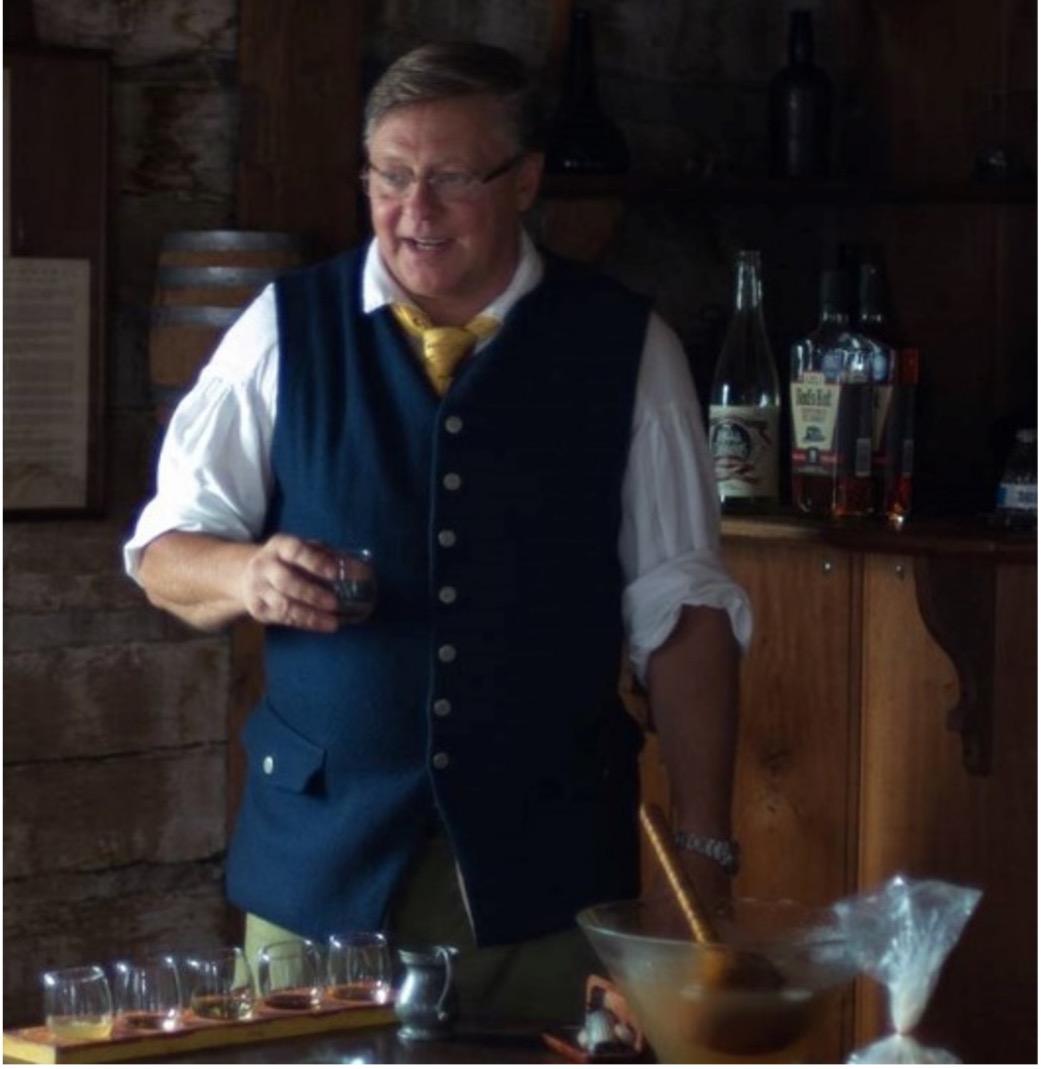 Murray has been learning about whiskey since 2002. He started drinking doubles of Tullamore Dew in Stuttgart, Germany because they came with a free collectible glass. Later in Sarajevo, Bosnia he built rapport with Sergeants Major from NATO countries by serving Laphroaig 10 year scotch around an improvised firepit. The whiskey was as smoky as the fire. Upon retirement from the military, he began conducting tastings for physician customers who enjoyed hearing scientific explanations for the taste profiles of whiskies. Whiskey tastings at Dills Tavern had humble beginnings. A “shot group” of three whiskies was arranged on the shop workbench. Visitors tasted and discussed the thousands of taste profiles that come from the combination of grain, water, and yeast at a variety of ages.

After a few years of whiskey tastings at “First Fridays”, the event became popular with patrons who often stood in line in the Wheelwright Shop to participate in “a history lesson with adult beverages”. Dills Tavern is fortunate to have a ledger kept by the Eichelbergers from 1800 to approximately 1815. Within those pages are 33 different drinks served at the early 19th century tavern. These original drinks, garnished with a story about the spirits, are now served on a regular basis at Dills Tavern events. The Spirits of the Signers recreates the 1787 party held after the Constitution was drafted. How Whiskey Came to Pennsylvania traces the European heritage of whiskey’s arrival to Pennsylvania and the adaptation of mash bills to local grains. Libations from the Ledger and Toddies, Slings and Skins trace the history of early drinks that became cocktails. Hot Drinks like Flip, Hot Buttered Rum, and Apple Toddies are always popular on cold nights. And, cherry bounce has resulted in donations to the tavern from even the most tight-fisted visitor. Murray weaves history of the site, the spirit, science, and a sincere love of whiskey into a story you can taste. He is an accomplished whiskey historian, a title with no actual credentials. His first book Libations from the Ledger is currently being composed.