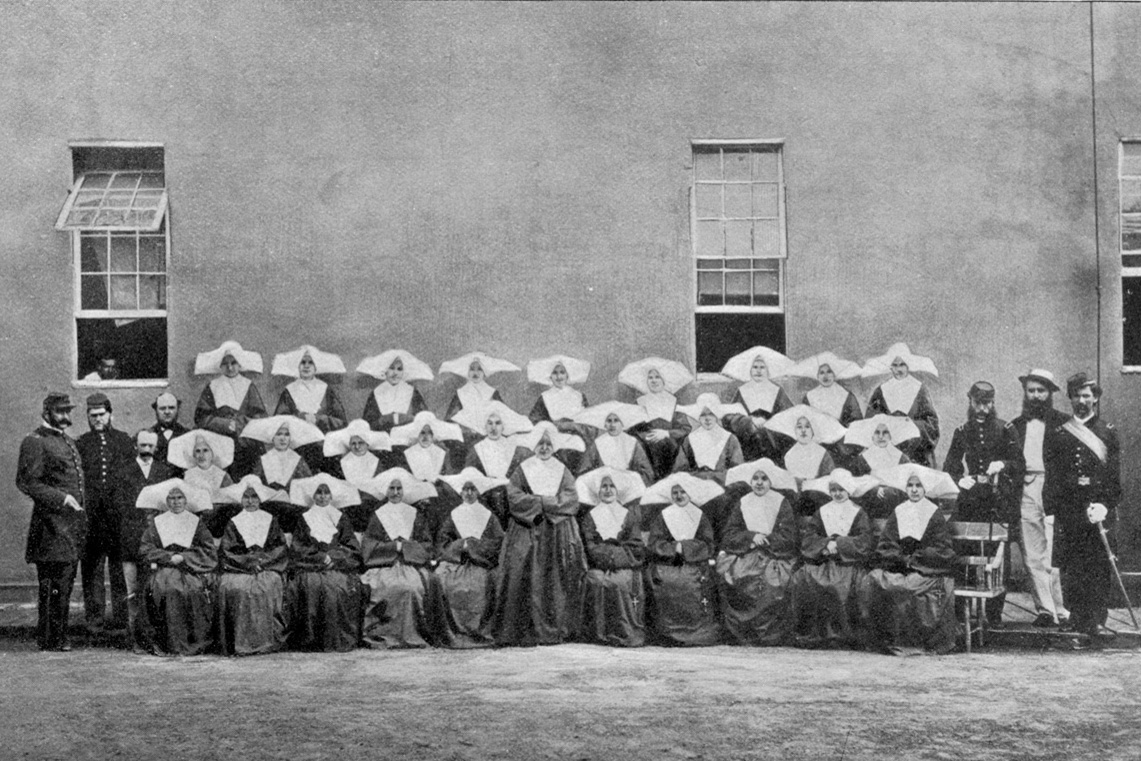 Rada will discuss his book “Battlefield Angels: The Daughters of Charity Work as Civil War Nurses.” The Daughters of Charity in Emmitsburg, MD, were the only trained nurses in the country at the start of the Civil War. Their services were so in demand that both the Union and Confederacy allowed them to cross the borders unimpeded at the start of the war. The brutality of the war would test their abilities as they ran hospitals, served on troop transports, and provided care in battlefield hospitals and ambulances. They even had their own Central House occupied by armies from both sides of the war.

James Rada Jr. writes non-fiction history and historical fiction. His books include the historical novels “Canawlers,” “October Mourning,” “Between Rail and River,” and “The Rain Man.” His non-fiction books are “Battlefield Angels: The Daughters of Charity Work as Civil War Nurses” and “Looking Back: True Stories of Mountain Maryland.” He lives in Gettysburg, PA, where he works as a freelance writer. Jim has received numerous awards from the Maryland-Delaware-DC Press Association, Associated Press, Maryland State Teachers Association, and Community Newspapers Holdings, Inc. for his newspaper writing.

Photo courtesy of Catholic Historical Research Center of the Archdiocese of Philadelphia.