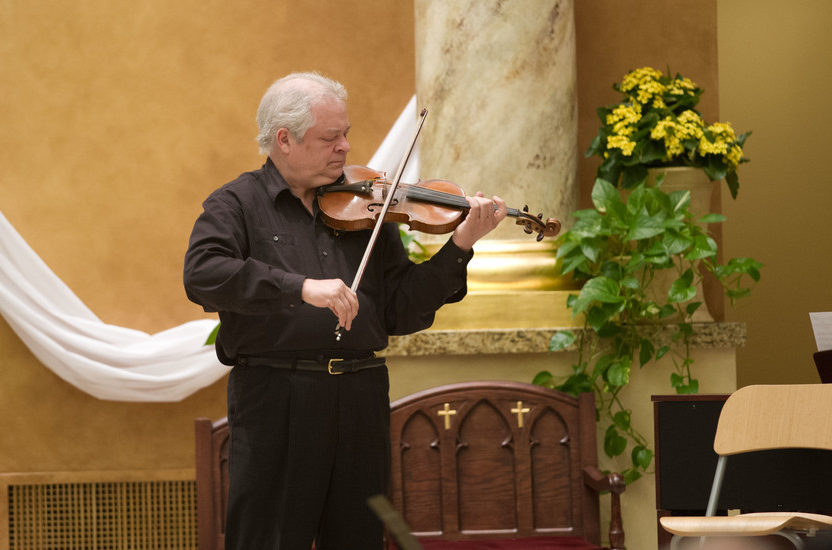 Enjoy an afternoon of music by John Eaken at Historic Monaghan Church on Sunday, February 11th, 2018 at 2 p.m.

Founded in 1986, the Eaken Trio has traveled extensively throughout America, Canada, Europe, and Asia. The Trio is heard regularly on classical music radio stations including National Public Radio’s All Things Considered and Performance Today and have 12 commercial CDs under the Naxos, Catalpa Classics, and Con Brio labels. Their Home for the Holidays CD was nominated for a Grammy. They have two NPR programs titled “Home for the Holidays,” which have been aired on over 100 stations nationwide during the last 14 holiday seasons. The programs help raise awareness of the homeless problems in America through the music of the Trio and insights by prominent Americans such as Barbara Bush, Maya Angelou, Leo Buscaglia, Sam Nunn, and many others.

“The Eaken Trio gave an exciting yet friendly performance [at Carnegie Hall], one that invited the listener into their intimate world of music making.” —Strings Magazine

“…the music was often irresistible…with each sweep of the bow and the pianist’s sparkling passagework and nuance… stylistically they were as one… timbrally ravishing.” —The Philadelphia Inquirer

Sponsored by the Dillsburg Arts Council.