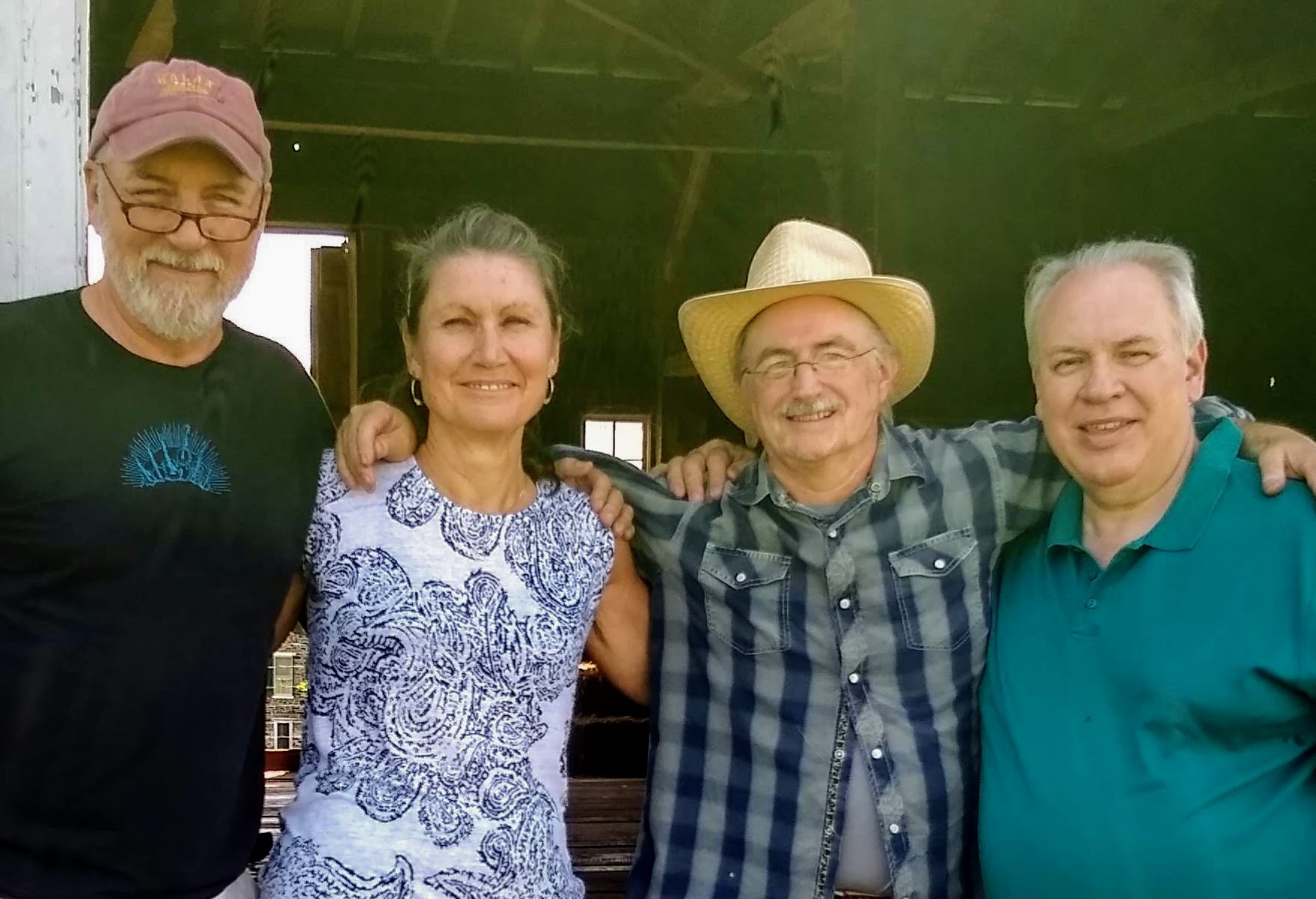 Spend a candle-lit evening in Dills Tavern and the Wheelwright Shop enjoying our historical ambiance and spacious grounds with live music by The Potluck Weekend Band from 7 to 10pm.

Admission is $15 at the door. Snacks included with entry. Guests must be 21 or older. BYOB. No advance ticket sales.

More About The Musical Guests

Proudly continuing the musical tradition of old time string bands of the 1920’s and 30’s, the Potluck Weekend String Band have enjoyed playing together as a group since 2017.  Starting out as an informal, weekend, potluck jam session between friends, they recorded a well received CD compilation of traditional old time fiddle tunes in 2018 and officially formed the group.

The members of the PWSB have been playing Old time music at events, gatherings, festivals and dances for well over 30+ years. They have also participated in multiple recording projects, CDs, radio and other multi-media platforms independently and with other various groups over their musical careers.  While they are firmly rooted in the song and dance tradition of the era, they are definitely not afraid to put a modern spin on the music from time to time!

They look forward to playing at the historic Dill Tavern and hope you will enjoy listening to their music as much as they love playing it for you!