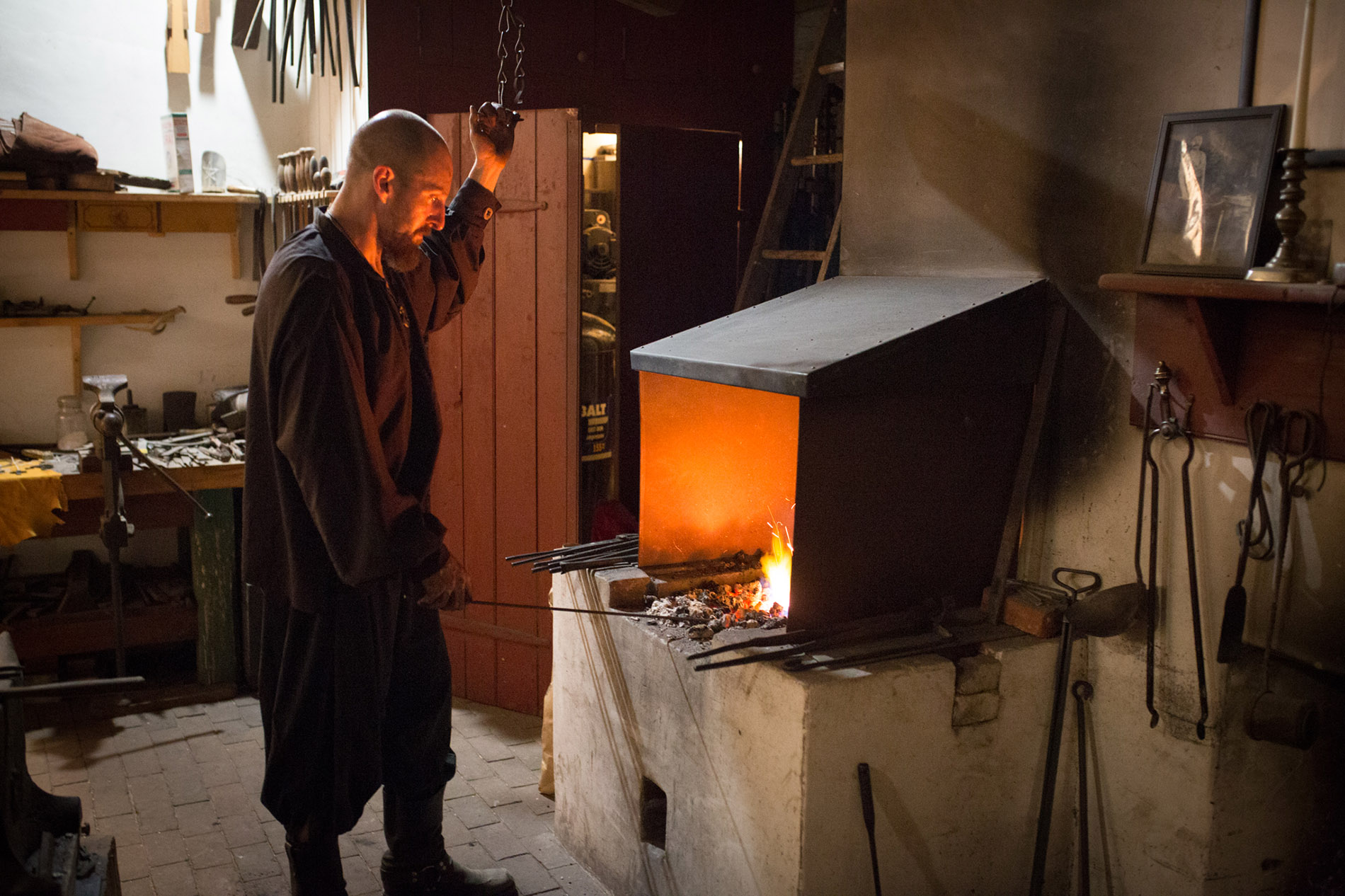 Craft your own privateer knife and sheath under the direction of Jason Metzger, head blacksmith at Dill’s Tavern. Plenty of individual instruction will be given as students draw out a knife blades from a small piece of high carbon steel and forge out a long handle of their own designs. Students will also cut out and stitch together a sheath for the project. Don’t wait to register, as class size is limited to just 3 students for each date offered: January 26th and February 23rd, 2019, from 10am to 4pm.

About the knife: In history, a privateer was an armed ship privately owned and manned, commissioned by a government to fight or harass enemy ships. Those who worked these ships were called Privateers or Privateersmen.  Privateering was at its height from the 16th to 18th centuries.